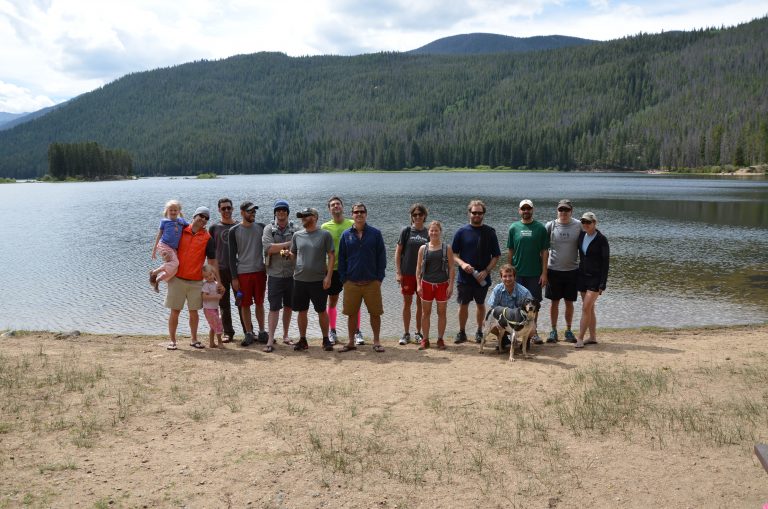 Back on August 25th, 2013, twelve cold souls huddled around a Grand County campfire in a torrential downpour.  Undeterred by the weather, we sipped rare beers in anticipation of the first “unofficial” Flyathlon, scheduled to begin sometime that next morning.  An odd, organic synthesis of my three backwoods passions (trail running, fly fishing, and craft beer), I quietly marveled that a dozen people would show up for such an endeavor.  I hoped it would be fun, I hoped people would catch fish, and I hoped no one would get hurt…
​
Beyond hungover at that first starting line (hand-drawn with a stick in the dirt), I couldn’t have imagined the evolution that this beast has taken since I first said “go”…

In the three years since that first Flyathlon, much has changed.

In 2014, we made it official and got permitted by the forward-thinking U.S. Forest Service to hold the event in one of my favorite places in Colorado, the Middle Creek watershed.  Amazingly, forty flyathletes signed up.  And sponsors signed up.  And volunteers signed up. 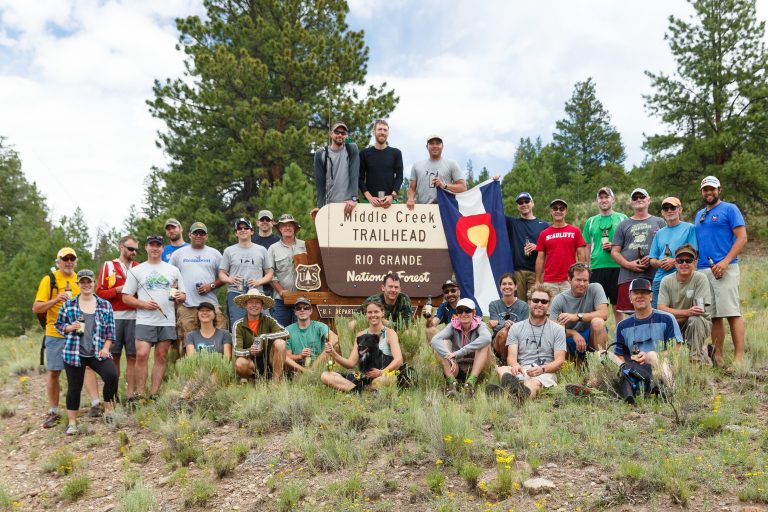 Emboldened by all of this showing up, in the lead up to that first official Flyathlon, I had another wild ass idea.  If people were willing to drive four hours to run a overgrown, forgotten trail to pursue small native trout and then crush local craft beers, maybe they would also be willing to reach out to their friends and family in an effort preserve these special places and native fish…
​
So we asked people to crowdfund for our first conservation partner, Colorado Trout Unlimited.  Our first flyathletes reached out through their social networks, and their social networks responded.  To the tune of $6,600.

With that first fundraising effort, we were able to re-route a significant section of trail out of East Middle Creek, and create a trailhead sign that will educate visitors about the importance of the Rio Grande cutthroat trout throughout southern Colorado and New Mexico. 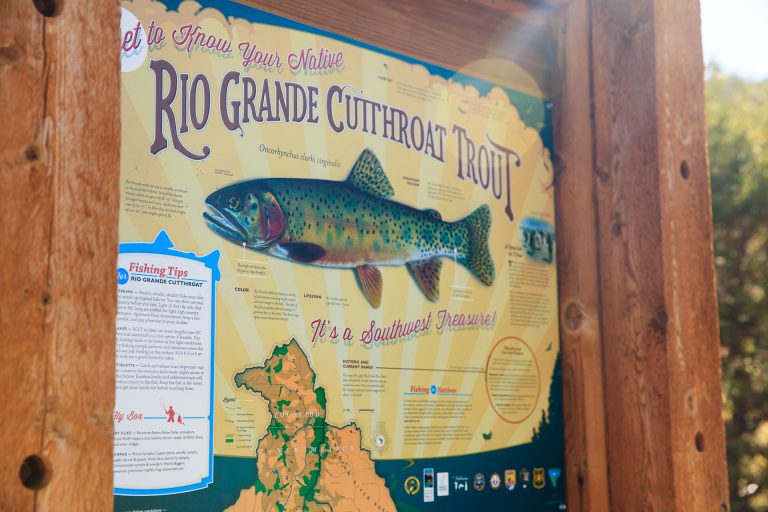 And people have continued to show up.
​
In 2015, for the 2nd Annual Middle Creek Flyathlon, the 60 race spots sold out in less than a week, and those flyathletes raised more than $22,000 for native trout related projects through Colorado Trout Unlimited.  Some of those funds went to a trail rehabilitation project in the Middle Creek drainage wherein nearly a dozen flyathletes volunteered their time to build trail with our conservation partner Volunteers for Outdoor Colorado… 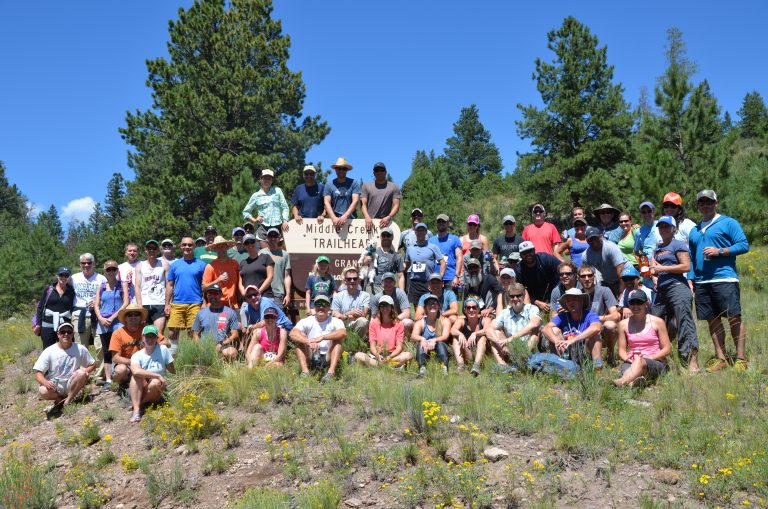 In 2016, we have expanded again, doubling through the addition of a second race (the Lake Fork Flyathlon to be held near Gunnison, CO) and a second conservation partner (the Western Native Trout Initiative).  As of today, these two events have raised nearly $32,000 for future native trout related projects in Colorado… 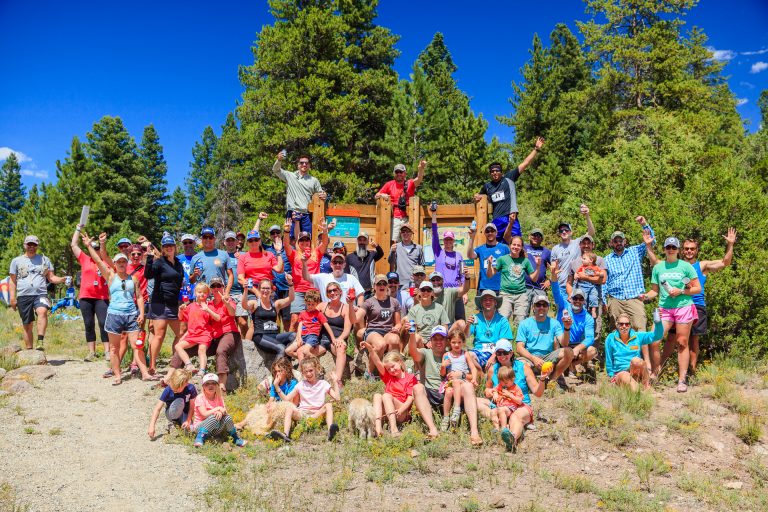 I’m not going to lie, I am blown away by the trajectory this idea has taken.  I am totally inspired by the excitement I see in the eyes and actions of our flyathletes, in the commitment and contributions of our sponsors, and in the passion of our volunteers.
​
Which brings me to today’s announcement…

This summer, we created Running Rivers, our own independent 501(c)(3) organization (officially blessed by the IRS on August 30, 2016).  The official mission of Running Rivers is “to facilitate the connection of people with healthy freshwater ecosystems through novel recreational events, educational activities, and on-the-ground restoration projects”. 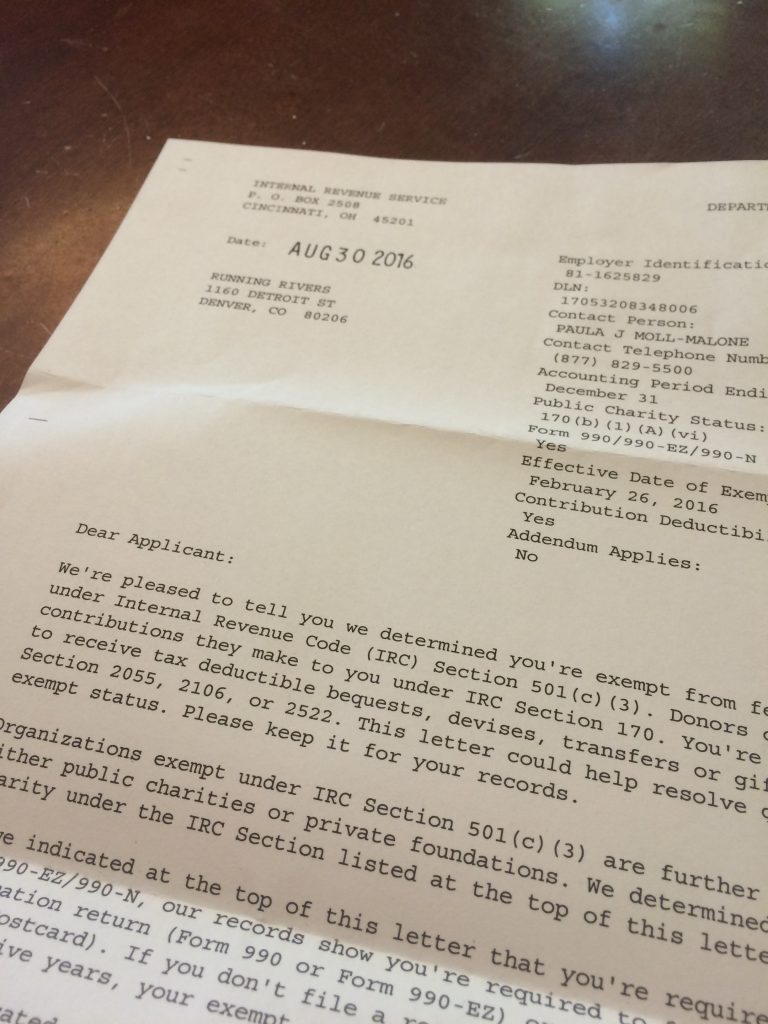 Our goals are to use our programs to: In short, we believe in conservation through recreation.

We have assembled an incredible initial board of directors, including both loyal flyathletes and our most dedicated of volunteers.  We will continue to work with our existing conservation partners and will actively pursue new ones to maximize our efficiency and expand our impact.  We hope to expand the reach of the Rocky Mountain Flyathlon through the creation of new events in new places, and will also be developing new programs to reach a wider audience with our mission.

So here we are again, a dozen or so ambitious people huddled around a small fire in the woods, eagerly looking forward to whatever comes next.  We hope that you will get as excited about Running Rivers as we are, and will help us to make a difference for freshwater ecosystems in the West.

If you feel compelled to invest a few dollars to help us as we get established in this new role, please contribute at the following link.  Colorado Trout Unlimited will be transferring these donations and all of the Flyathlon’s material assets to Running Rivers later this fall. 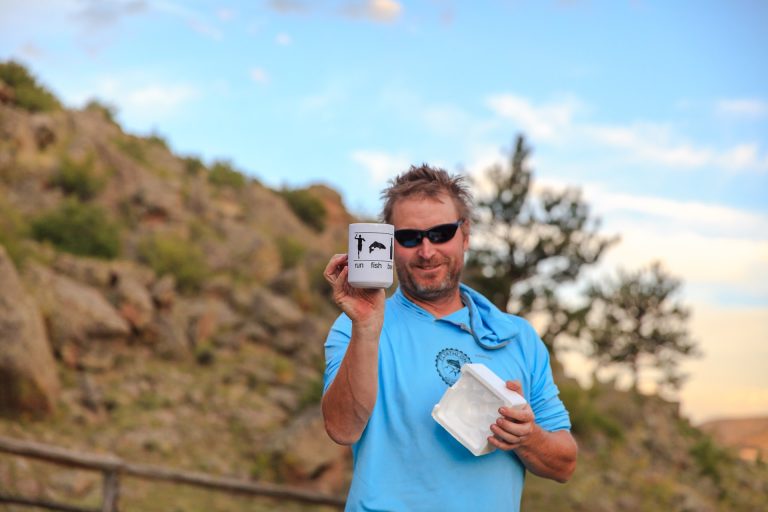